Google Releasing a Flurry of Core Algorithm Updates: What You Need to Know To say it’s been a busy summer for Google would be an understatement. We’ve seen a huge release of Core Algorithm updates in the past few weeks, with the latest July Core Update rolling out starting July 1st. Though we won’t know the full effects of all these algorithm updates until later this summer, we’re already seeing some movement in the SERPs.

Google updates their algorithm constantly. But what makes this so unique is that we’re seeing so many “Core” updates in such a short amount of time. The spam updates are not considered “Core” updates, but they have impacted the SERPs.

What are the recent Google updates?

We knew the Page Experience Update was coming for the past year. Google gave us a heads up about that in May 2020 with some details into the Core Web Vitals and other upcoming ranking factors. So for this update, that is still rolling out through the end of August, we should be prepared.

However, Google surprised us with a set of sister updates coming out in June 2021 and July 2021 respectively. Both updates will take about two weeks to fully roll out, so we won’t see the full results of it until late July.

These typically take 1-2 weeks to finish. Our guidance about such updates is here:https://t.co/e5ZQUA3RC6

Here’s more on how we improve search through updates:https://t.co/IBmInwGOiX

The July update starting its roll out today includes some pieces that weren’t quite ready yet for the June release. And rather than hold things up, Google decided to release it all separately.

On their SearchLiason Twitter account Google said, ““Most sites won’t notice either of these updates, as is typical with any core updates,” says Google on their SearchLiaison Twitter account. “Of course, any core update can produce drops or gains for some content. Because of the two-part nature of this release, it’s possible a very small slice of content might see changes in June that reverse in July.”

Of course, most Core Updates do produce significant movement in the SERPs. But we don’t know the full effects of it for some time. The December 2020 update caused significant movement across the board in regards to site traffic. So SEOs will need to keep an eye out on their sites as these updates continue to roll out.

Google also clarified that no Core Update is site specific, but in order to avoid impact, sites should follow best SEO and sitemaster practices outlined here. Though we do not know the exact details of either of the June or July Core Updates, it’s safe to assume that there is a continued focus on E-A-T for your website. Google wants to see high-value content that is relevant to your area of expertise. And your website needs to have a good user experience. Of course there’s a lot more that goes into it. But these items are what Google has placed heavy emphasis on the past few years.

On June 15th, Google also confirmed the start of the highly anticipated Page Experience Update starting to roll out. That will last through the end of August. As mentioned, we knew this was coming and did our best analysis of how to prepare for the Page Experience Update. It includes improving your Core Web Vitals (LCP, FID, and CLS). These all help improve your page speed and page layouts. Additionally this update includes improving website mobile-friendliness, avoiding intrusive ads and interstitials on mobile sites, and incorporating safe browsing, among other things.

We’re expecting this to make big waves in the search community. But hopefully with over a year to prepare, the impact will be minimal.

On June 23rd and 28th, Google released parts 1 and 2 respectively of a Search Spam Algorithm Update. While not a core update impacting all SERPs, this update looks for specific types of spammy content. Most SEOs have not seen a huge impact in the SERPs related to these two updates. But it’s a warning to be aware of it in the future when creating content.

Google strictly considers low-quality websites that trick visitors into providing information or downloading damaging software as spam. They also consider sites that try to rank high by pretending to be relevant, when in reality they have no authority, as spam.

Google has ramped up efforts recently on fighting spam. In a blog post, Google says that with recent advances in AI, they’ve had to revamp their approach to spam in search. They say that to avoid being attacked by spam, or to avoid being considered as a spammy website, to practice “good security hygiene.”

However, even sites that follow Google’s guidelines could be vulnerable. So with this update at top of mind, it’s important to make sure your site is properly secured.

Follow the Boostability blog and @Boostability on Twitter for the latest updates and news on all these Google Algorithm shifts.

SEO Reseller Plans: How Much Should I Charge for SEO as a Reseller? What Page of Google Am I On? Tools to Check Your Keyword Rankings 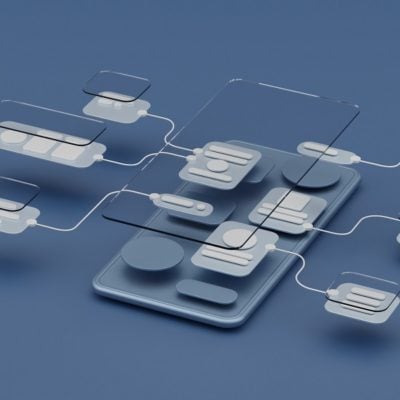 User Experience and SEO: What You Should Know