It’s no secret in the office that I’m a sucker for every single TV show Mike Schur has ever written for or created, and I’m not quiet about it. So in honor of this month’s Fandom Friday series, we’re celebrating the best Halloween episodes from some of his best workplace sitcoms, and what you can learn from them in your own business practices.

A list of Halloween TV episodes would falter right out of the gate if it didn’t include the Fox-turned-NBC offering Brooklyn 99. The series is known for its seasonal Halloween heist episodes, and this one is, in our opinion, the best of the bunch.

The rivalry between Jake and Holt has reached new heights since both have won a heist in years past. Neither Jake nor Holt allow Amy on their team for fear of that her relationship with either of them will negatively impact the game. However, through a series of impressive tricks, Amy ends up beating both the men and proudly claiming the title “Best Detective/Genius.”

Amy is generally pretty uptight, so it’s a real treat to see her get invested so deeply. But we also love the hijinks we’ve come to expect from Jake, Boyle, and the rest of the gang. While it may be predicable, the Halloween episodes are always enjoyable.

If you’re playing a game that excludes people on your team intentionally, you better choose something else. No one likes to feel left out at work, so do your best to plan activities and events that everyone can join in on. And be sure not to underestimate team members who may seem to lack flexibility and fun—they may surprise you!

Cloud Nine is celebrating All Hallows’ Eve with flair only St. Louis can deliver, but Dina, the store assistant manager, is taking no risks. She’s knows that Halloween is a day of mischief, and the episode begins with her instructing the employees to be on the lookout. But Dina’s message is undercut since she’s the only one not in costume, prompting Amy to call her a “booge” (Boo + Scrooge). In an attempt to win back her authority, Dina dresses in a police costume. But it falls on the slightly risque side of things, causing most of the workers to ignore what she says because they find her outfit so distracting.

Later, when Dina finds the storage cage unlocked, she questions all the employees, but no one confesses. Well, to the crime at least—Jonah seems to finally open up about his crush on Amy, even though he tries to hide it.

The expectation that everyone will be in costume is a familiar rallying cry for those of us here at Boostability. The episode also ends with coworkers deciding to spend the holiday together, and we love that our employees do that too.

Don’t Be a Monster

When you’re wearing a costume, be mindful of office rules and culture when picking your outfit. But if someone shows up in something that’s a little “out there,” use your professional skills to treat them with respect. Regardless of her outfit, Dina’s still the assistant manager, and you’d best not forget it.

It’s Halloween at Dunder Mifflin, and everyone is dressed up (even Jim, who’s sporting a very fancy “three hole punch” costume). Michael, who was informed he needed to fire someone by the end of the month, is running out of time. Alongside his Halloween costume that’s actually a papier-mâché version of himself, Michael spends the episode trying to decide who he’s going to fire (and seeing if someone will quit instead). Meanwhile, Jim and Pam convince Dwight to start shopping for jobs and, uh, help write a new resume.

Boostability loves getting into the Halloween spirit, and it’s fun to see other businesses get in on the festivities too. Plus we’re all close and enjoy helping each other out in our work responsibilities and as friends outside of it.

Sometimes, those in management will have to confront problems in the workplace with a firm hand. Don’t leave uncomfortable tasks till the last minute, especially if that last minute happens to be a holiday. Also, write your resume yourself. Feel free to have a friend look it over, but leaving it up to the likes of Jim Halpert? Sounds dicey at best.

In Pawnee, Indiana, everyone in the Parks and Recreation department is feeling spooky, but as things in the town are usually wont to go, the festivities hit a bit of a snag. During a Halloween party hosted by the department, Ann and Leslie scare their coworker, Jerry, which prompts him to have a heart attack out of fear. Meanwhile, Leslie’s boyfriend Ben is trying to figure out what he wants to do after his powerful D.C. boss offers him a new job, but in the end, he decides to return to Pawnee and propose. (That’s the “surprise” part of “Halloween Surprise.”)

Ann and Leslie’s friendship really shines in this episode, showing the power that good coworkers and good friends can rarely be understated. Leslie and Ben’s relationship is also a highlight, since their flirtatious banter that started two seasons ago finally comes to fruition.

While lots of people love a good prank, be sure that if you decide to tease a coworker, it’s all in good fun. That means nothing too scary,  mean, or embarrassing. And like Leslie said in a previous episode, you’ve “got to remember what’s important: waffles, friends, and work. Or friends, waffles, and work. Doesn’t matter—but work is third.” A happy home and social life usually leads to a happy (and more productive) work environment.

While his one isn’t technically a Halloween-themed episode (or a Mike Schur show), this popular mid-2000s sitcom “The Monster Mash” a run for its money. Tracy Jordan, star on the show-within-a-show TGS With Tracy Jordan, is sifting through a box of his things his wife has brought him. (They’re fighting. Again.) Inside, he finds the platinum record he received for his Halloween-themed song, “Werewolf Bar Mitzvah.” The song, though performed by Tracy in the eight-second clip during the episode, was actually written and performed by Childish Gambino (before he was Childish Gambino), and it’s become our office theme song for the past several weeks.

The song is an instant classic, blending the rich, cultural heritage of a Jewish boy’s coming of age initiation with the spooky undertones of a werewolf transformation tale. We really can’t get enough.

Don’t Be a Monster

Leave your personal business at home, especially if you’re fighting with your spouse. No one wants to watch your angry partner drop off a box of your stuff while everyone is trying to work (even if she is the Queen of Jordan). And sing out your favorite holiday tunes with reckless abandon! Your coworkers may hate you, but there’s a chance you’ll go platinum.

When Is the Right Time To Focus on an SEO Strategy?

Google Helping You Learn More About Where Your Results Come From 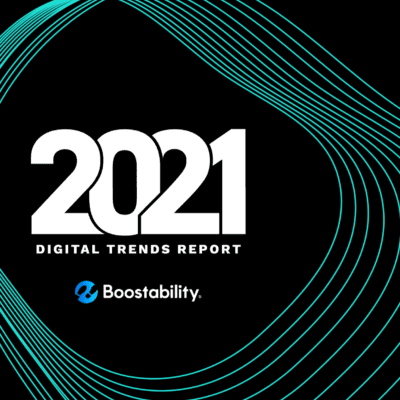 Search Sessions – How to Increase Sales & Control Your Brand on Amazon