For ten days, the rugged mountain terrain of Utah is infused with Dolce and Gabbana. It’s a striking location for the Hollywood crowd that’s more accustomed to sunny, urban atmospheres. While Park City is a reputable ski community, its doesn’t have the A-list status of resort towns like Aspen. Yet, every year the Sundance Film Festival draws massive crowds with the allure of celebrity sightings and the freshest stories.

As the largest independent film festival in the United States, Sundance has become a proving ground for the world’s most impressive independent filmmakers. Of over 15,000 films that submitted for the festival, 118 features were chosen to be presented in Park City. And while big stars like Will Farrell and Taylor Swift are sure to attract the masses, there are always plenty of hidden gems. After changes in recent years, Sundance now prides itself on the diversity of its competitive field so there are always movies that surprise and delight in a way you might not have imagined.

Most movies don’t see a wide release for months after the festival ends so Sundance offers patrons the opportunity to see world premieres of the best indie movies long before the rest of the world. Festivalgoers live for the thrill of finding the next big thing and Oscar buzz usually starts at the festival a whole year before the nominations are announced. The films that are able to capitalize on that buzz are the ones most likely to be picked up for distribution. Along the same lines, brands have found ways to capitalize on the significant hype the festival generates. As every year goes by, brands become increasingly significant to the Sundance experience.

Sundance is a reminder of the importance of storytelling. Today’s consumers grew up alongside modern marketing trends and can sense an ad a mile away. What they really crave is authenticity. One of the country’s largest and most visible festivals that draws a significant celebrity presence. It’s a whirlwind of industry activity that creates near perfect conditions for brand engagement. Every year brands find new ways to reach consumers and connect with

Each of these companies transformed a section of Park City’s main street into a branded experience with food, swag, and VIP events but its their ability to connect to the consumer that makes their activations worth it.

Canada Goose is widely recognized as the trendiest (and most expensive) winter coats you must have. The company is a Sundance veteran and Park City becomes a veritable sea of black coats during the ten-day event. This year, beyond their Canada Goose Lodge, the brand created even more buzz than the 118 movies at the festival. In partnership with the Sundance Institute, Canada Goose developed an original coat for the institute to award to VIPs. Almost immediately, the jacket became a status symbol for festivalgoers.

Filmmakers and other VIPs received vouchers they could later exchange for the exclusive jackets. One person at a time would be allowed into the VIP suite at festival headquarters where a Canada Goose expert would help each person find the perfect fit.

Celebrity consumers have elevated the brand to where it is today, and Canada Goose readily acknowledges that fact. In fact, they call themselves “the unofficial jacket of film crews everywhere.” By creating this jacket, the brand supported the image they’ve developed and drove even more people to their festival store.

Both WarnerMedia and its parent company AT&T were main sponsors of the festival. AT&T has been a perennial presence but rebranded their pop-up this year to focus on their future in the entertainment industry. DirecTV is out and WarnerMedia is in. The WarnerMedia Lodge: Elevate Storytelling with AT&T perfectly mixed celebrity and culinary experiences with great brand messaging. Every panel, premiere, and other events held at the lodge focused on storytelling and how AT&T is positioned to become one of the great storytellers in the next decade.

While WarnerMedia showed up in a big way at the festival, a few of its subsidiaries had individual presences. Channels such as TBS came and premiered new content to industry insiders at the festival. CNN Films made sure to come out to promote their documentary-style journalism. HBO came in support of their film McMillions which exposes the conspiracy behind the McDonald’s Monopoly game. The cable network was also prepared to tie into AT&T’s storytelling message. Their three-day experience “Our Stories to Tell” aimed to support multicultural storytellers and content creators and latched itself to some of the most diverse films in the festival.

With the acquisition of Time Warner (now WarnerMedia) by AT&T, the telecommunications company aims to become one of the largest producers of entertainment in the world. However, the industry is quite skeptical of tech companies trying to encroach on creative endeavors. Every activation by AT&T was expertly calculated to combat this fear and solidify the company as the new industry frontrunner.

The Chase Sapphire lounge is a defining feature of Park City’s main street each year. The hotspot hosts more celebrities and panels than any other brand and is known for their parties. For example, Chase gave Mark Ronson a residency as their Music Supervisor for the 2020 festival and he performed exclusive concerts for cardholders.

Over the years Chase has imbedded itself in the entire Sundance experience. Now the brand is the key to gaining access to VIP experiences, giving Chase members significant added value over other Sundance-attendees.

Amazon showed up in support of several of its companies. FireTV got its own art gallery and Prime Video had several pictures in the festival. But Audible had by far the largest activation with the Audible Speakeasy. Working with the LA Times, the Speakeasy played host to three jam-packed days of celebrity panels and fireside chats. Complete with signature cocktails and free audio downloads for patrons, Audible succeeded in creating one of the must-visit pop-ups of the festival.

With all of that said, the most remarkable aspect of Audible’s Sundance presence came from sound therapist, Sara Auster’s sound baths. Guests could enjoy 30-minute guided sound meditation experiences inside the Speakeasy. The brand found something their consumers truly appreciated about their service and activated it in a unique way for thousands of guests. The trend of sound meditation is gaining traction and Audible is racing specialized apps like Calm to carve out a share of this new market. But their attendance at Sundance Film Festival proves they’re positioned to take on their competitors with quality content.

The defining characteristic of the Sundance Film Festival is its prized location in the ski town of Park City. Visiting in the middle of winter, during peak tourist season means things can get expensive for festival goers. First-time festival-attendee, Pizza Hut, showed up to offer a chic solution. The company created a charming space called The Red Hut Lodge on main street. The Lodge served as an inviting space where festivalgoers could get off the cold streets and enjoy warm pizza and unique cocktails in the branded ski lodge.

Pizza may not be associated with the Hollywood elite, but nobody can resist a warm slice in the snowscape of Utah’s mountains. Pizza Hut found a way to elevate their brand above the normal fast food restaurant.

The rideshare provided has sponsored the festival for a few years now and its basically impossible to get around without their drivers. This year, Lyft extended its brand presence by partnering with other festival sponsors like Chase. They wrapped dozens of vehicles in company branding including snowplows that circled through the main thoroughfares of Park City. Drivers were trained for the unique conditions of driving during the festival so they could transport riders safely and efficiently and they even gave out free movie candy.

What It Means for You

Your company probably doesn’t have the luxury of dropping millions of dollars to sponsor an event like Sundance. It can be a daunting task competing with brands that have seemingly bottomless pockets. However, the elements of these campaigns can still be applied to your brand. Understand what authentic connections you can make with your consumer and go to them. Activate your brand in a location that not only elevates you but also brings you closer to the heart of your consumer.

Few of the brands above have anything to do with the independent film industry, but each one understood what their consumer valued about their Sundance experience. Armed with that knowledge, these brands were able to create unique and impactful activations.

7 Types of Videos to Enhance Your Landing Pages 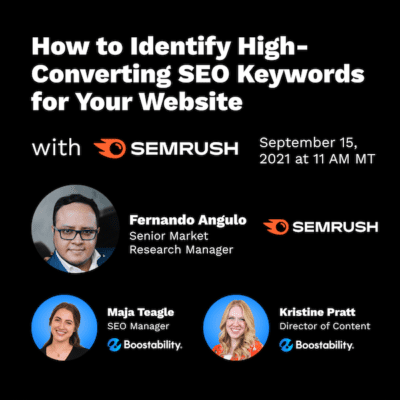