As the days shorten and the air begins to chill, small business owners everywhere are overcome with a sense of urgency. Black Friday is coming – it’s the biggest sales event of the year and large chain stores will undoubtedly show up to battle with an arsenal of sales, an army of employees, and all the advertising ammo they can muster.

How, as a small business with a tight budget and limited resources, can you reap the bounties of Black Friday 2015? You may not have the numbers, but with a little preparation, you can have the skills it takes for a successful sales event.

Check out these small business Black Friday dos and don’ts you can learn from The Game of Thrones.

As a small business, you likely can’t afford to grow your sales army in such a way. Instead, you’ll have to focus on making the soldiers you do have as powerful as can be.

Make sure your employees know your products and know them well. Keep your employees with more experience on the floor and assign those with less experience to tasks that require little customer interaction, such as stocking shelves, bagging or gift wrapping.

Don’t stop there, though. OSHA sent out an information packet to major retailers last year describing the safety measures they should have in place on Black Friday. Since your goal is to pull as many people into your store as possible, make sure your staff is brought up-to-date on these crowd management techniques.

Who doesn’t remember the Red Wedding scene from The Game of Thrones? When Lord Walder Fray decided to take revenge against Rob Stark, he didn’t shoot an arrow into the air and hope it’d hit a Stark; instead, he sent his assassins to the wedding of Edmure Tully and Roselyn Frey, where he knew all the Starks would be gathered together. The plan was successful, with Rob Stark, his mother, and most of his 3,500 bannermen meeting their demise.

So, how can your Black Friday advertising campaign be as successful as Lord Fray’s campaign to slaughter the family of the man who wronged his daughter?

If you’re planning on going all out and splurging on a television commercial or radio spot, it’s time to reconsider your spending.

What you can do, however, is play it smart like Lord Fray and focus on the people who you know are looking at your ads – the ones who already subscribe to your content.

Now isn’t the time for customer acquisition. Now is the time to remind existing customers that their business matters to you, and that you’re willing to prove it by offering them incentives to do their holiday shopping at your store.

It’s hard not to love Lady Brienne, Maid of Tarth. She’s doesn’t follow the Game of Thrones standard of beauty, she’s not rich, doesn’t have great weapons, and she doesn’t have the best combat skillset, either.

What she does have, though, is a single, undying devotion to fulfill the wishes of Lady Stark.

As a small business, you may not be able to offer the vast array of deals and rock-bottom prices that big chain stores can offer. If you try, you’ll likely look disorganized and not very special at all.

If you offer a select few deals on Black Friday, though, and make sure that every customer who enters your store has a good experience, those customers will remember you as a business they can connect with. They’ll buy from you because you’re not trying to hide behind a façade – you’re just doing what you do well and offering good deals to boot.

You don’t have to be the best store with the most deals. You just have to be devoted to knowing your product, selling it at a decent price, and offering friendly, reliable service.

King Joffrey had a pretty good deal laid out on the table for Sansa Stark. If she married him, she’d have gotten to rule the land, live in a beautiful castle, and eat all the pigeon pie a queen could ever want.

But Sansa didn’t marry King Joffrey. In fact, she ran as far away from him as her medieval legs would carry her and his heaping slab of ceremonial pie ended his life.

If you can’t create a good customer experience for those who enter your store, you’ll end your customer relations time and time again. You cannot discount your products enough to entice a Black Friday crowd into your store if they know they’ll be treated poorly once they enter the door.

Be kind, courteous, and helpful to your customers, always. By doing this, not only will you have a successful Black Friday event, but you’ll stay busy all year round as your customers return to the shop that treated them well during the Black Friday rush.

You may not be the biggest, strongest store in your area this winter, but that doesn’t mean your business can’t fare well on Black Friday. Focus on creating a well-educated staff, advertising to existing customers, and having a few solid, great deals. Most of all, though, extend the financial benefits of Black Friday by creating return visit-worthy, positive customer interactions for the men and women who brave the crowds to stop by your store on the busiest shopping day of the year. 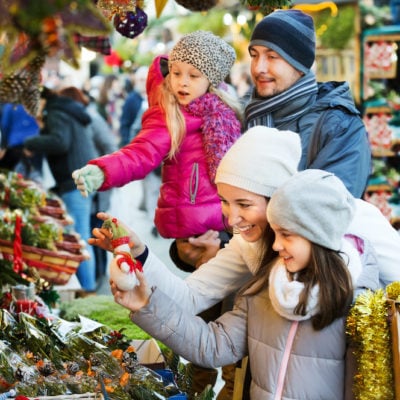 Resources to Boost Up Your Small Business Saturday Jingle All the Way (to the Bank): Boostability’s Best Holiday Marketing Ideas 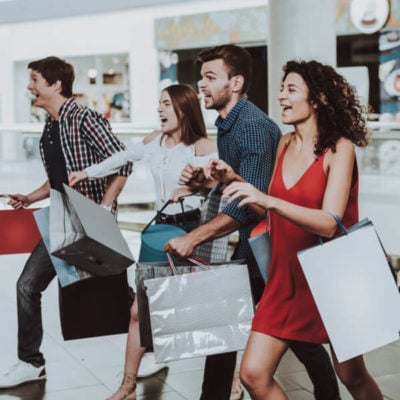