March had some big shifts (Yellow Box) at the beginning of the month that eventually calmed down. I would attribute this to the continual increases in certain Google Algorithm factors (like slowly increasing the value of citations over time, etc.). Since we didn’t see a dramatic shift after the increased fluctuation (Red Arrow), it most likely means the increased metrics probably stayed as a part of any algorithm update. Just to note, this trend is what triggered the industry named “Fred” update. This also happened to coincide with SERP Metrics, which happened to be more in line with our local customer base, suggesting the impacted factor(s) are local.

Our general ranking average stayed the same (which is something we expect to stay fairly flat). Towards the end of the month the amount of ranking fluctuations returned to normal.

Towards the end of the month, we also saw rankings mellow out with a generally stagnant progression. It should be noted that we did have 26/31 positive days for the month (meaning we had more gains than losses). To go with this, we can see our total progression for the month was very positive in achieving more first-page rankings for customers.

(This graph shows the overall ranking change by day.)

(This is from SERP Metrics, they track fluctuation across keywords they monitor.)

(This graph shows the daily ranking average for everything in our system. We hope this stays fairly flat, showing no huge algorithm changes). 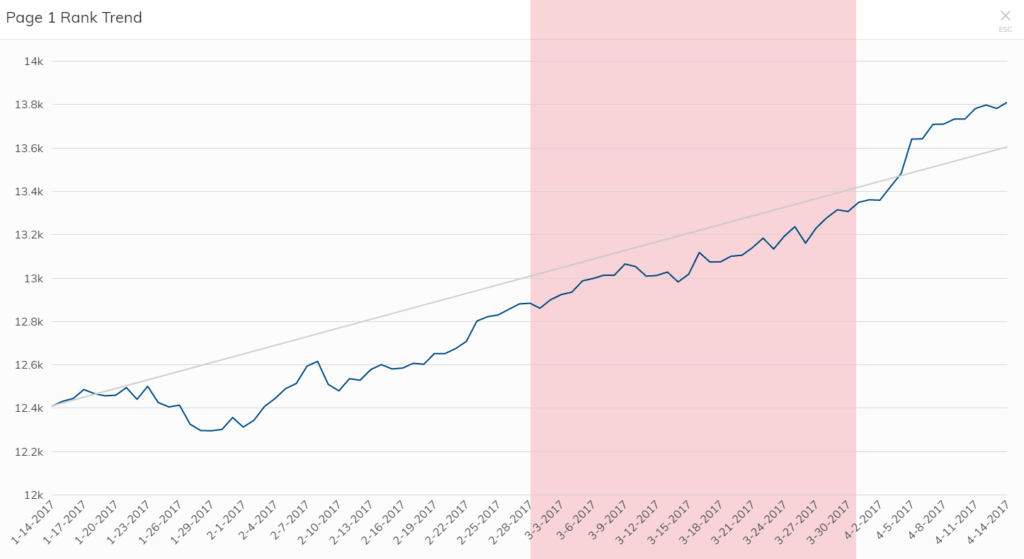 (This shows the total number of first page keywords. It simply demonstrates that we continue to see positive rankings despite fluctuations.)

How To Market To Your Audience Using LinkedIn?