At the beginning of this month, Google released its latest core algorithm update. This marks the second of its kind so far in 2020. The other algorithm update dropped in January of 2020 and our coverage can be found here. Google’s @searchliaison twitter account announced the latest update on May 4th 2020. The official announcement cited their previous webmaster post around how to handle core algorithm updates.

Let’s just say this is a doozy of an update. Across our data, we’ve seen some dramatic changes in traffic, both for the good and bad. And we’re just beginning to understand the depth of this update and what it covers.

The first place to start when trying to understand a new algorithm update is to go straight to the source. In the case of the May 4th update, we need to check out Google’s @searchliaison Twitter account. Along with the actual announcement, they also released a few subsequent details. Check out exactly what Google’s Danny Sulivan, who manages the @searchliason account, sent out: From these tweets we can pull three key pieces of information regarding the May 2020 Core Update:

These three takeaways give us some important details to keep in mind when looking at general information or noted trends.

The data is in on who the winners and losers are. With this information one can begin to get a feel for what this update is about.*

“However, the highest impact from this algo update, at this point, occurs across several industries, including some of those already impacted by the pandemic.

With the help of SEMrush Sensor, we compared the average volatility value 7 days before and 2 days after the Update announcement. And, the most influenced categories are Travel, Real Estate, Health, Pets & Animals, and People & Society. This is true across both desktop and mobile searches.

We have also spotted that many big domains were highly affected. Around half of the significant ranking changes within the US occurs at websites with traffic exceeding 1 million monthly visitors.”* “In the meantime, some webmasters and SEOs have reported on the effects of the Google Core Update. According to the signs so far, there are several industries and page types that can be expected to be affected by the changes. According to initial statements from the Webmaster World Forum and Twitter, there are changes in a wide range of industries – from recipes to tech, health or even finance. There are also some early signs cryptocurrency content has been impacted according to Forbes in this article.

Several recipe website owners noticed significant traffic losses, with the main reason being the disappearance of URLs from the recipe carousel as well as the disappearance of rich snippets for recipe results. It could be the case that Google readjusted specifically for this segment, especially because search results for recipe topics contain a lot of additional information displayed as rich snippets, such as images, ratings, cooking time and other information.”*

Marcus Tober from Search Metrics shared the following with SearchEngineLand

The “update seems to be broader than former updates. Less focused on typical E.A.T. areas. With former updates you normally have a large medical site between the winners like the WebMDs or Mayoclinics. That wasn’t the case here.

“From my just a few hour analysis it seems that Google was working again on content factors combined with brand factors (maybe including CTR/user data). Spotify seems to be affected by the update, which is unexpected. Spotify.com was primarily growing for years. But the pages that ranked from open.spotify.com are thin content and have the login wall. Probably they have higher bounces than peers like Youtube and despite their strong brand get lower rankings. Music.apple.com was not winning nor losing.”*

Per our data analysis, the update was unique in that it produced a rather uniform amount of rank volatility across all niches.

Further, the update was large in scope and size as the levels of rank volatility slightly edged out the January 2020 Core Update which was known for its large impact on the SERP.* The detail noted directly above and denoted by (*) is not Boostability’s information nor is it directly endorsed.

From our keyword tracking we certainly saw some shifts. Overall we’ve noticed a generally positive direction. We’ve observed keywords ranking 0-10 saw a jump. We also saw a sustained increase in our client’s page 1 rankings. This difference between our page one and rank 0-10 is an indicator that some local searches now show more than 10 results.

We did see a slight jump in our rankings going past rank 100 as well as rankings past page 10. This could be a change in search intent or a refinement in what Google considers relevant. We also saw our major change in rankings occur around the 6th of May (7th for everyone else’s data sets). We saw a pretty consistent decline in volatility that seemed to grow again around the 13th of May and continued until the 15th.

While the initial wave of rankings likely changed because of the algorithm update, the second wave was only slightly related to it. It’s likely that these second changes are influenced by Google’s additional refinement to the algorithm or changes due to user feedback rolling out over the previous weeks. These changes happen all the time in real time which is one of the reasons Google mentions that roll-outs will take about two weeks.

We’ll continue to monitor search impact due to the latest algorithm update. For now it seems things have returned to some type of normality following two weeks of volatility in the SERPs immediately after the update.

The May 2020 Core Algorithm Update made huge waves in the search landscape. Here is what we have come to understand from this update:

What Can I Do?

First and foremost I would highly recommend you check out the recommendations Google has put out. If you have not read it take a look at it here. For those looking for a quick answer, check these out.

Outside of content evaluation and quality adjustments noted by Google, I would encourage two additional steps to both help verify action needed and move forward with the new algorithm.

Evaluate Keywords – Seeing a drop in keyword ranks is never ideal. However it does signal that your content lacks somewhere. I often see this manifest as a shift in searcher intent or a change in query relevance or meaning.

Competitor Comparison – It is good to get into the habit of comparing pages with keywords and rankings similar to yours. This practice is the cleanest, quickest, and easiest way to see what you may lack on your own page. Not only can this help you understand search intent but it can also shine a light on what you can do better with your content. Ask yourself these questions when comparing your content to the competition

Past those suggestions you may need to work with an expert to help. And we can do that! We track 2.3 million keywords every month, and know what it takes to rank well on Google. In fact, our customers have not been negatively impacted by a Google algorithm update since 2013. Give us a call and get started! 800-261-1537

Do I Want More Website Leads or More Traffic?

Leadership in the Time of COVID-19 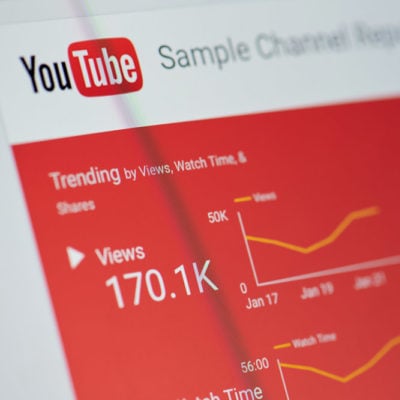