In my last post on Rich Snippets, I briefly mentioned the website www.Schema.org. Today I want to cover the benefits of implementing Schema markup on your site and hopefully answer one question: Does implementing Schema.org on my website help me rank better in the search results?

Schema.org is a joint venture by Google, Bing, Yahoo, and Yandex (Russia’s largest search engine) with the goal to standardize Microdata markups used on websites. As a result, webmasters around the world know what search engines are looking for and what format to use to mark up their website successfully. Once the Microdata markup is implemented, search engines better understand and provide much better search results for users. Google said this of the main intent of the joint venture: “having a single vocabulary and markup syntax that is supported by the major search engines means that webmasters don’t have to make tradeoffs based on which markup type is supported by which search engine.”

Essentially, the major search engines came together to agree upon a single format for having rich snippets show up in the search results. Now you don’t have to sacrifice showing up in one search engine over another–and everyone is happy.

Google’s Stance on Schema and Rankings

Whether or not implementing Schema tags have an impact on your rankings in the SERPs has been the source of many discussions since the launch of Schema in 2011. Google’s official stance is that they currently aren’t using markup for ranking purposes. Matt Cutts states in the video below that “Just because you implement Schema.org doesn’t mean that you should necessarily rank higher.” However, he does go on to talk about some exceptions where Schema may help.

While this is Google’s “official stance,” this is the sort of wishy-washy stance Google takes on most every search ranking factor. That being said, Moz.com lists adding site Schema as an absolute ranking factor based on their own, internal data. Here, Google’s says that Schema is a great thing to have on your site, but ultimately it has little to no impact on the rankings themselves. I still advise that every site try and implement some sort of data markup on their site. The benefits greatly outweigh the costs.

What’s really happening in the SERPs

History shows that sometimes what Google says and what Google does are two different things. So let’s look deeper into the question: how are sites that have implemented structured data via Schema.org actually ranking?

A study done by Searchmetrics.com in 2014 showed that “domains with schema integration do in fact rank better by an average of 4 positions when compared to domains without them.” Searchmetrics does, of course, acknowledge that correlation may not be causation, stating “it should be noted that domains with integrated Schema tags may be generally better optimized than domains without.” Clearly there may be some impact of having Schema implemented, whether due to an actual Google algorithm effect or just an overall effect of a well-optimized site. Either way, four positions could mean getting a potential sale over your competitors, and could make an even bigger difference if your website is four positions higher on page one of the SERPs.

The Searchmetrics study also breaks down some interesting data on Schema snippets in the search results. Currently, “Very few domains integrate schema HTML tags.” Only 0.3% of sites use Schema. In addition, “Nearly 40% of keywords studied via Google include Schema snippets.” This means that implementing Schema on your site is highly likely to give you a competitive advantage, since chances are your competitors have not implemented Schema.

Moz.com says this of Schema: “As of yet, there is no conclusive evidence that [Schema] markup improves rankings.” Moz, like many SEOs, constantly runs tests to determine more accurately what factors impact rankings. However, their findings don’t mean you shouldn’t put in the effort to markup your site. Moz supports adding Schema to any site, as it can help with click-through rate and conversion on your site.

No evidence is conclusive that Schema markup has or does not have a concrete impact on PageRank. Other factors seem to be causing any uptick in rankings, rather than implementation of Schema’s structured data. That said, markup helps your visibility in the SERPs and is beneficial to any website. Having snippets in your site’s result means you are going to take up more real estate on the SERPs than your competitors, which can increase your click-through rate. An increase in traffic due to a better CTR can then go on to impact your rankings. Having rich snippets in the search results can also help your conversion, as more users already have enough information to make a purchase before they even click on your website.

And all of this means more money for your business. 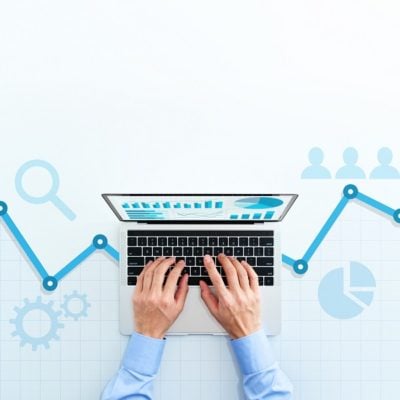 The Elements of an Effective SEO Reporting Dashboard The 3 Pillars of Organic Keyword Research