Sure, a company could “guarantee” first-page rankings, but should they?

SEO is a multibillion-dollar industry. It is also a time-consuming, labor-intensive, and in some instances, expensive industry. Because of the competition and hard work involved with the SEO industry, it is not uncommon for companies to make egregious and inflated claims to gain a potential client’s business.

What sounds better—a company saying they can’t promise anything and that results usually take around six to nine months, or a company promising that you will show up on the first page guaranteed in two months?

Be leery of promises that sound too good to be true.

Within the SEO industry, there are practices known as white hat and black hat. White-hat tactics are in accordance with SEO and Google best practices. Black-hat tactics are meant to game or trick the system for quicker results. Within my experience, white-hat SEO always prevails in the long run.

Then, there are grey-hat tactics that fall in the middle. They might be harmful or helpful, but no definitive stance has been established or debunked by leading SEO experts.

Most small businesses owners undertake SEO with the goal to expand their businesses, and successful SEO campaigns grow a business. It is entirely possible for an SEO company to promise first-page results and not expand or help a business grow. Is the keyword that got on the first page a 10-word long phrase? Did the company buy one advertisement for a couple of seconds, take a screenshot, and call that good? They might have very temporarily gotten you to the first page without actually helping your business.

Companies that guarantee first-page results usually take part in black-hat, or at the very least grey-hat, tactics. They usually try to gain your business for a couple of months instead of building a relationship and helping your business grow. Established companies that adhere to best practices don’t need to make unrealistic or overly optimistic promises.

The trend of crazy promises and unethical SEO companies is strong enough that Google has listed several examples and reasons to be leery of certain SEO companies.

1. Be wary of SEO firms and web consultants or agencies that send you an email out of the blue.

I have seen this situation quite a bit, and the emails are usually spam. It is not uncommon for a website owner to receive an email stating how the site has major issues or how an SEO company could help it. Even Google has received these unsolicited emails and recommends treating them the same way you would treat an email that promises that you can “burn fat at night” or receive rewards for helping a Nigerian prince—very skeptically.

2. Know that no one can guarantee a number-one ranking on Google.

While many companies guarantee a number-one ranking, Google ultimately makes that decision, and no SEO company has a special relationship with Google. Again the relationship between a guarantee for top rankings and shady SEO companies is strong enough that Google recommends running away.

3. Only work with transparent companies.

This point summarizes several ideas that Google makes. If an SEO company doesn’t tell you or show you what they are doing with your money, they are probably hiding something. (Side note: The things they are hiding are probably not great.)

Some other common problems Google sees in poor SEO companies include:

Recently Google has even taken action against an SEO company that made misleading claims of first-page results and special affiliations with Google. Again, do the claims of the SEO company pass the gut check? Knowing that it takes a good six months to rank, be leery of guarantees and promises.

Don’t be swindled by SEO companies promising outlandish results. They will probably end up costing you more in the end. Look for companies that have a proven track record of success over a sustained period of time. Look for an SEO company that is transparent in showing you where your money has gone.

So can an SEO company guarantee first-page results? They can and they do, but you want to look for another, more reputable company.

Defining Success for Your Business

How Do I Keep People Reading My Blog? What Does It Take to Have an SEO Ready Website? Ways to Improve Your Search Engine Rankings with Local SEO 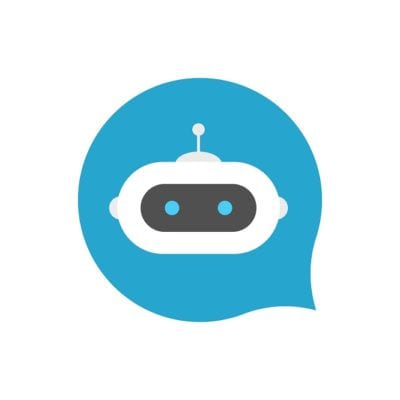 Protecting Your Site Against Bots What’s the Difference Between Local and National SEO?