Google Year in Search: Top Searches for America and Germany The Google Year in Search feature allows you to browse popular search topics from selected window of time. We’ve already covered the 2019 creme of the crop for digital marketing and SEO (read it here), but decided to close out the year with one more post. Boostability’s the world-wide leader in white label SEO services, and that’s in large thanks to our Berlin headquarters. To celebrate the end of a really incredible year, we’re diving into some of the top searches from America and Germany from the past 12 months.

In the states, the finale to Marvel’s climactic Phase III was the favorite movie in the SERPs. We’re especially proud because Utah came first out of all 50 states in search interest. We like to think Boost helped out a little.

Here at Boostability, we’ve written a lot about our love affair with the Marvel comics. In the beginning of Q2, we actually went to see Endgame as a company! For more reading, check out Kristine’s post on what we the Avengers can teach us about digital marketing, and an earlier post of mine talking all about Captain America‘s branding strategies.

In Germany, DC Comics beat out Marvel for the top search term. While Endgame came in at a respectable number two, Joker was the most-searched movie for the country in 2019. The top related search was for “kritik joker.” Hats off to our German friends who love to know what the important people have to say about a film!

Top “What Is” Searches

It seems that America can’t get enough of the other-wordly. The U.S.’s top “What Is” search was none other than Area 51. If this particular query is unfamiliar, you may be living in a government-sanctioned alien prison, which is exactly what Area 51 raiders were trying to storm. West Virginia clinched the top spot for location-based searches, and the manga series Naruto was a popular related search.

While we don’t write about aliens too often, we’ve tried to give you an insider look at Google’s algorithm updates, which seem almost as secretive as government conspiracy theories.

The biggest search of the year for Germany came from an EU policy change that had a lot of people worried about. . .  memes. Yes, you read that right! The European Parliament officially voted to implement a Directive on Copyright, which spelled trouble for a lot of content creators and content hosts. In particular, Article 13 of the directive requires content hosting sites (think Facebook and YouTube) to remove copyright-infringing content from their platforms. But if that could actually be accomplished was another story. Lots of people worried that memes themselves would be banned, because the creators of the images rarely control who uses them.

While we don’t have an answer to the policy questions surrounding this debate, we have written about the role of memes in digital marketing. We’ve also talked a lot about creating content and how to do it legally.

America has a lot of favorite pastimes, but football is certainly close to the top of the list. Antonio Brown, a receiver, was part both the Oakland Raiders and the New England Patriots during the course of 2019. However, he was cut from both teams due to off-field behavior and sexual assault allegations.

While celebrity endorsements can be a tough thing to swing, we recently updated our article on social media influencers and how to find them. We’re hoping they’re a little more behaved than Mr. Brown.

Football is also pretty popular across the Atlanic, but in the end, we’re comparing apples to oranges. Leroy Sané is a German football (soccer) player, who unfortunately tore his ACL in the first ten minutes of his first game during the 2019 season. We can imagine how upset our German friends must be—some Utah fans mourned after former Utah Jazz player Gordon Hayward broke his leg during his first game of the season, and he was playing for the Celtics!

Tears and tumbles are part of life, and part of your business too. Here are a few examples of some marketing fails, and our suggestions for doing it better next time.

It’s no secret that Disney+ is one our favorite parts of 2019. We spent the better part of Disney+’s launch day reminiscing about our favorite classic Disney movies and making predictions about The Mandalorian. Speaking of Baby Yoda, we love him so much we wrote an article about him. Now excuse us—we have to rewatch the season finale and see when the Baby Yoda merch is actually supposed to arrive at Target.

Rebecca is a teenage girl that went missing in early 2019, with no signs of her since her disappearance. Her sudden vanishing gripped Germany this year, and remains their top search for 2019.

Where do we go from here?

We’re moving into a new decade, and that means new innovations to implement, new solutions to find, and new challenges to face. Boostability has had an incredible first decade of offering SEO services to small businesses around the world, and we’re just getting started. Learn more about our white label SEO partnership program and get connected with a Partner Success Team member for more details! Guidelines for How to Utilize an SEO-Friendly URL Structure Guidelines 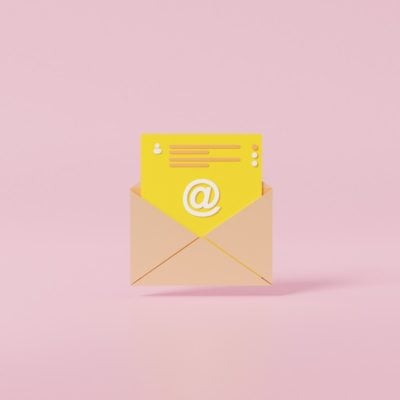