What is Influencer Marketing and Why is it Making So Much Buzz These Days? Recently, I’ve been on a nostalgic kick – watching old films and television shows from when I was just a kid (decade not included…). Going back to as young as three and four years old has been a total blast from the past! How do I even remember these shows?

More importantly, I’m suddenly realizing even the tiniest idiosyncrasies of weird behaviors or very particular sayings I picked up and made a part of who I am today. You can say that these cartoons and characters were influential to my life. In fact, they were as influential as “Where’s the Beef?” Wendy’s commercials and the allure of bright orange Tang! We are all well aware of how easily influenced kids are, but the fun thing is realizing how impressionable we are even as adults!

While it may be all the rage as the new buzzword on the block, influencer marketing is not a new thing. Movie sets have been squeezing in background labels for as long as we can possibly remember. We’re all Coke or Pepsi based on what 80’s movies were most influential to us at the time.

The average person is exposed to between 4,000 and 10,000 brand messages daily and consumers have learned to tune them out. A lot of ads become nothing more than a sort of “visual noise” that people don’t really see.

Consumers no longer really trust what the brands are telling them. Ads are falling on deaf ears and blind eyes because consumer confidence in what the brands have to say has eroded. Among today’s consumers, 42% have lost faith in brands — and 69% distrust ads altogether.

Millennials, the next big wave of consumers to emerge, are even more jaded. About 84% view traditional ad campaigns with disbelief. Only 1% admit that ads influence their purchases at all. In general, consumers have come to believe that ads are misleading and brands will make empty promises just to make sales.

Consumers are simply no longer willing to believe what ads say about a brand. The atmosphere is distinctly challenging and can be best summed up by saying that the favorite phrase of the modern consumer may be, “Prove it.”

Influencers To The Rescue

Hence, the rise of the influencer as a critical part of modern marketing.

If consumers have a fading trust in brands and no faith in ads, who will they believe? The answer is simply, “Each other.”

That’s the hidden superpower of the influencer when it comes to the world of marketing. They inspire trust in their followers because they offer up their own authentic content to others. They’re engaging, relatable, honest, and often comic — and they’re seen as true believers. The perception of influencers is that they are, somehow, the friends of their followers. Friends wouldn’t mislead other friends about the worth of a product.

For the most part, that may be an accurate perception. It’s true that 70% of influencers admit that they started engaging in marketing campaigns in order to make some money. However, it’s equally true that 57.5% also began down that road because they wanted to make changes to the world around them. If they happen to make money at the same time, so be it.

Influencers do more than just get your brand’s message out there, past all the adblockers and the mental barriers consumers have erected against forms of marketing. Influencers don’t just reach an audience — they reach the right audience for your brand.

Marketers are reporting that the targeted nature of influencer marketing leads them to better customers. That’s not just for the B2C market, either. Studies show that 84% of B2B buyers start down the marketing funnel after a referral from someone they trust.

When you cultivate a relationship with an influencer-turned-brand-ambassador, it also has an effect on your brand’s search rankings. SEO may not be the primary goal of influencer marketing, but the promotion of a brand or product by an influencer is akin to throwing a stone into still water. The followers of that influencer often Google more information. Then they share what they learn with others who have similar interests. Suddenly, your brand or product sees increased mentions on social media and a rise in relevancy.

You can’t dive into influencer marketing willy-nilly and hope it will work. You need to go in with your eyes wide open. Look carefully at the overall tone of an influencer’s social posts before you tie your brand identity to that person. Does that influencer seem to reflect your brand’s voice? Your ideals? Does the influencer have the attention of your target market?

If you aren’t sure where to find influencers for your brand, Facebook and Youtube are the leading channels for influencers. You probably have a few brand ambassadors out there on your channels already. Look for people who already have a high level of engagement with your brand.

For that matter, look at your own employees. A structured incentive and employee advocacy program can encourage your employees to emerge as influencers. Lest you think that’s a tactic that won’t pay off, consider this: brand messages shared by employees are 24 times more frequently re-shared than similar messages from the brand itself.

The best key performance indicators (KPIs) you can probably use are the level of engagement your influencers receive from their sponsored posts. Tools like Facebook Insights and YouTube Analytics can help.

Ultimately, however, sales may be your best KPI. The endgame of influencer marketing, like all marketing campaigns, is to increase sales. Tools like Salesforce or Grin can help you analyze the impact of an influencer campaign on conversions.

Stay On Top Of Changes

To get a good eye for influencer marketing in action, here are a few accounts I love to watch myself.

@ayla.sadler is a foodie, photographer, and new momma launching her first site, her first cook book, and a whole lot of authenticity straight from her Instagram account with only a few thousand followers at this point I can promise you she’s going to be bigger than life over the next year.

@fit_mixes DIY Protein balls and the owner of this lovely business Sally O’Niel over at @thefitfoodieblog are two of the yummiest pages to follow. I personally prefer to follow Sally directly. Currently, she’s just shy of 100,000 followers. She talks about fit recipes, cooking for a sugar free and raw diet, and instagram photo tips. She’s even started her own foodie photo classes online! Sally’s account is a great example of utilizing a site like Instagram to the max – whether you’re trying to become an influencer or simply trying to put more power behind your own page.

Once you realize the importance of influencer marketing to your brand’s future and you figure out how to approach it and measure the results, you need to keep your eyes and ears open for the next big changes. Influencer marketing is evolving rapidly. There’s no real telling what type of changes you’ll see in the next year or two.

The only way to stay on top of changes is to keep watching and learning.

BoostCares: Help Us Reach Out and Save a Life How to Improve the SEO Rank of Your Social Profiles COVID Changes Up How We Shop The Ins and Outs of White Label Marketing 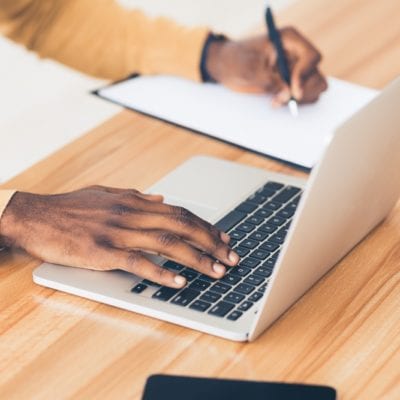 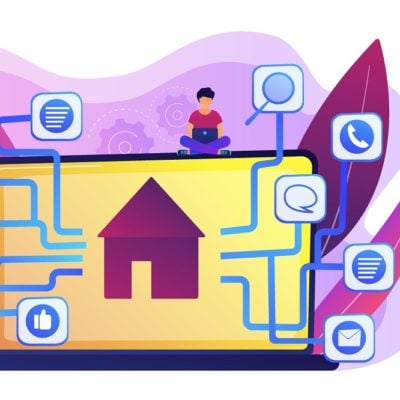