December was an overall positive month for rankings. We also had some big news about a confirmed Google algorithm update. All of this, along with the usual holiday and year-end wrap-up heading into 2018 certainly kept us busy and thankful for the year we had. Keep reading to stay informed about our SEO and social update and learn more!

December was an overall positive month for rankings. This can be seen in our daily reporting and the consistent growth we experienced.

One surprising trend was the lack of any major fluctuations during the month. This certainly isn’t a bad thing—in fact it’s very much the opposite.

Another major trend we saw from our daily ranking reporting is the consistent drop of page 10 (ranking 101) keywords. This is one of the best indicators that our keywords will continue to gain better rankings. This also has an added benefit of helping expand our under-performing process automatically by elevating our overall rank standards.

During the month of December, it was noted by webmasters, many SEO professionals, and algorithm monitoring tools that a major update occurred, which was later confirmed by Google. The search industry dubbed the latest update the “Maccabees” update in honor of the holiday of Chanukah.

Overall it was noted that the update heavily affected pages with thin or low-quality content as well as sites that contained very bulky content—specifically pages that had a ton of keyword permutations. For example, a page containing [Service] + [12 Locations] all on a single page would have been docked in this update.

The biggest takeaway from the update is nothing new. It’s simply a reinforcement of Google’s stance on content and usability. Sites need to create quality content with a purpose to avoid negative impacts from future algorithm updates.

Colton’s Predictions for Search in 2018

There are 3 major elements I feel will play a huge part in SEO and digital marketing in 2018: 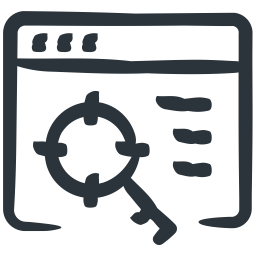 SEO, regardless of what you hear or read, is NOT going away. It will continue to be a vital part of many marketing strategies. In 2018 I expect to see some major growth as more business owners look to dedicate a larger share of their marketing budgets to their digital presence. I believe social media will become a key factor in client conversions. Last year social media was a huge focus for many just looking to establish a social footprint. In 2018 I am betting companies that leverage social media to support their conversion cycle will be highly successful. With this, the need to support customer service and retention will also have a bigger role on social media channels. During 2018 I believe the biggest focus for business owners, customers, and search engines will be mobile. Specifically, the need for many sites to not just be mobile friendly but to offer a great user experience. This could be in the form of customer pathways, mobile features, or potential app integration. Overall I believe mobile will be the star as the next big thing in search marketing.

How to Manage Overtime for a Small Business

AI, Chatbots and Consumers: "Alexa, What Does This Mean for Business?"