Small businesses are already affected by the AdBlock plugin. What if an ad blocking browser decides to step up the game?

Brave is a browser intended to be the solution to problem of many ad publishers online, with the advent of AdBlock. Their mission is to save the web with their innovative browser that loads faster and safer, with an ad revenue sharing program available for ad publishers.

Former Mozilla CEO Brendan Eich is making waves once again as he is the forerunner of the startup that founded Brave. He made a controversial decision last time that prompted him to resign after his promotion to CEO at Mozilla. Now, he is yet again making some noise due to his involvement and campaign against ad publishers.

However, he responded that it’s not merely blocking the ads as a whole, but it’s more of replacing intrusive ads with less interferences, and more relevant ads that the users can relate to. Last January, Eich told Business Insider that “with Brave, publishers get around 55% of revenues: 15% go to Brave, 15% go to the partner that serves the ads, and 10% to 15% goes back to the user, who can choose to make bitcoin donations to their favorite publishers in order to get an ad-free experience on their websites.”

With this move, major news publishing sites have deemed Brave’s proposed “solution” as a violation of copyright issues, due to Brave’s intent of replacing the sites ads with their own. Content publishers who have relied heavily on ads to generate income are mostly affected, as Ad Block has been stomping their growth since time immemorial.

With Brave stepping in the ad blocking scene, it is surely a challenge for ad publishers as restrictions and probably, more costs can be accumulated by those ad publishers.

How To Outwit The Brave

There are many reasons why ad blocking can kill small business. Small businesses, such as content publishers, rely on ads for promotion and revenue. As a content publisher who hosts ads on his site, what can you do to get your website’s ads out in the open against these ad blockers?

We tried using Brave at one of the most prominent sites that use welcome pages as a friendly reminder to turn off the ad blocker plugin.

Forbes offers a proposition of providing an ad-light experience for 30 days once you disable your ad block plugin on their page. Other major publications are also implementing this “polite” way of asking users to turn off their ad block plugins.

Unfortunately, that’s not the case for other websites like GQ. Visiting GQ using the Brave browser didn’t elicit that pop-up asking for payment or even redirecting it to the how to block the ad blocker page. Testing different articles brought us to one conclusion: Images disappear for some articles.

On the other hand, consistently using Brave as a browser resulted in failed attempts to enter Forbes’ website. Of course, for small to medium content publishers, this may result into higher bounce rates. How can you avoid this?

In establishing a common ground between ad publishers and creators of ad blocking plugins for browsers, they have developed the Acceptable Ads Initiative, which allows only a few ads to be displayed on the site. It is still an option that users can turn off to block Acceptable Ads as well, rendering an ad-free browsing experience.

Adblock Plus (ABP) thinks that Acceptable Ads is beneficial as it:

There is no premium or paid way to avoid the criteria. ABP has a concise guide that discusses how ads can be “acceptable” and non-intrusive.

Small time businesses are facing problems with the rising numbers of visitors that opt not to have ads running on their browsers. For those who are earning from these ads, or are using ads to promote their business, this is certainly a blow to their marketing campaign.

As Brave bravely defies ad publishers to push through with a cleaner, better ad display in websites, they are continuously adding options in allowing non intrusive ads to somehow create a common ground for ad publishers and users through Brave Ledger.

According to their FAQ Section, The Brave Ledger is a payment system that allows Brave to truly anonymize the data associated with your browsing. This means that Brave does not know which Bitcoin wallet is associated with the lists of sites that you choose to support. In other words – you, the user, have access to your browsing report but Brave (the company) does not have that information.

Brave may be doing this step to placate ad publishers that will be directly affected by their initiative. Ad publishers will push for more ways on how to bypass ad blocking mechanisms; it’s a cycle that will never end.

Will Brave be another headache for ad publishers worldwide? Or will ad publishers finally host Acceptable Ads to comply with the demands of ad blocking plugins? As a small business owner, do you have suggestions on other means of promotion or revenue? Share your thoughts with us on the comments!

Should I Create an HTML or XML Sitemap?

How To Set Up Slideshow, Carousel and Canvas Posts on Facebook 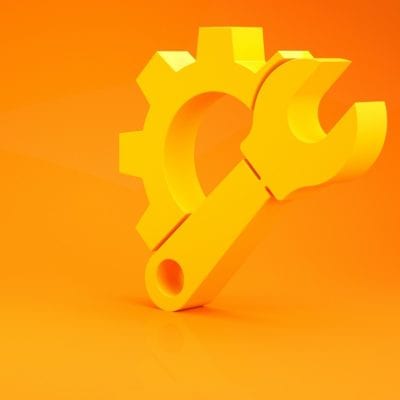